At the end of January, Oregon authorities gave movie theaters and other indoor entertainment facilities the go ahead to reopen. This is, of course, under very strict CVOID-19 regulations and only in 25 out of the 36 counties in the state. It’s a small relief when so many of these venues have been closed for the last 11 months while everyone stayed home, and have been unable to generate pretty much any kind of income. 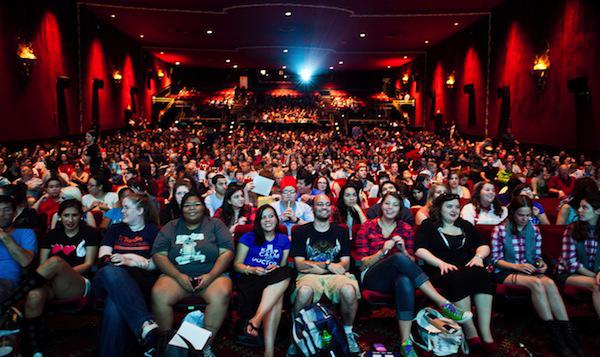 According to a press release that came from Governor Kate Brown’s office, cinemas and other entertainment venues that are a minimum of 500 square feet can hold six patrons. If your building is smaller than that, you will only be able to host one patron at a time.

Are The Regulations Really Helping?

It seems that many recreational venues such as movie theaters and live entertainment spaces will not be reopening despite the change in regulations. Many of them have said that they would love to reopen and welcome the public back safely after such a long hiatus. However, the regulations are far too restrictive and it is not really feasible to open under them.

Owner of the Joy Cinema and Pub in Tigard, Jeff Martin, came forward to explain the decision he took to not open at the beginning of February. Firstly, he did not have any films available to screen at such short notice. Usually, cinemas have rolling agreements with the film distributors to buy the rights to screen specific films for a set time period. As they have been closed for so long, the cinema owners and managers have not made any agreements for current films. Secondly, even if they could get an agreement together fast enough and receive a film to screen, it wouldn’t be financially viable. Only allowing six patrons in at a time will not give them enough ticket income to cover the costs of the rights for that screening – unless they were to increase their ticket prices significantly and that is something Martin is unwilling to do.

The issue of patron safety and comfort is a concern and if you’d rather stay home, play https://pokiesonlinenz.co.nz/ for alterative entertainment options. Martin says it is stressful for many people to go out in public these days. They would also have to ensure that they have strict protocols in place about wearing masks throughout the screening of popular movies and ensuring people keep their distance from each other.

Guidelines For Food And Beverages

Another major roadblock to reopening is the regulations on selling and on-site consumption of food and beverages at these venues. This is a massive issue as the usual revenue model for a cinema is to make back the money on the rights for screening the film through ticket sales, and then to make a profit on the screening through the sales of concessions. These are no longer allowed to be sold for on-site consumption, meaning the six patrons will cost the theatre money each time.

Martin says that they have used their license to sell concessions as a means of staying afloat through the crisis and to help keep as many of their employees paid as possible. They have been selling them to-go.